Facts About Poverty In This Area

This appears to be a prosperous area but there are many people who really do need this sort of small-grant help. In a crisis just £200 can help to prevent a young family breaking up or an old person’s health being damaged or a mentally ill person’s future being destroyed.

Many people who live in our lovely villages cannot afford to run a car, yet cannot get to a job without one. Lots of people in this area have work and have no wish to claim benefits, yet have such low paid jobs that they could be better off not working at all. Normally people manage their finances well – it is when a crisis occurs out of the blue that DPA is such a help.

The recession has hit a wide range of local people, often without warning. More people with significant debts have been unable to meet them and have had to take out Debt Relief Orders, with a knock-on effect on many local creditors (including the Credit Union) who are unpaid. There has been less ability and more reluctance to take on big debts such as mortgages.

There has been a great need for the Food Bank, set up by Dorchester Baptist Church (which served 954 individuals/families in 2016). This figure has risen by as much as 14.5% each year since then. Redundancy or an unexpected large expense has tipped many people, who might normally manage their money well, into distress and debt. Rising food and fuel costs add to this. Sanctions are still being applied to those who claim benefits and whose circumstances change or whose need is being reassessed. This can leave individuals or even whole families with no income whatsoever for as long as 6 weeks.

DPA is pleased to be working with the CAB, the Credit Union, the Food Bank, and many care agencies and has been able to help out in many cases of financial crisis. 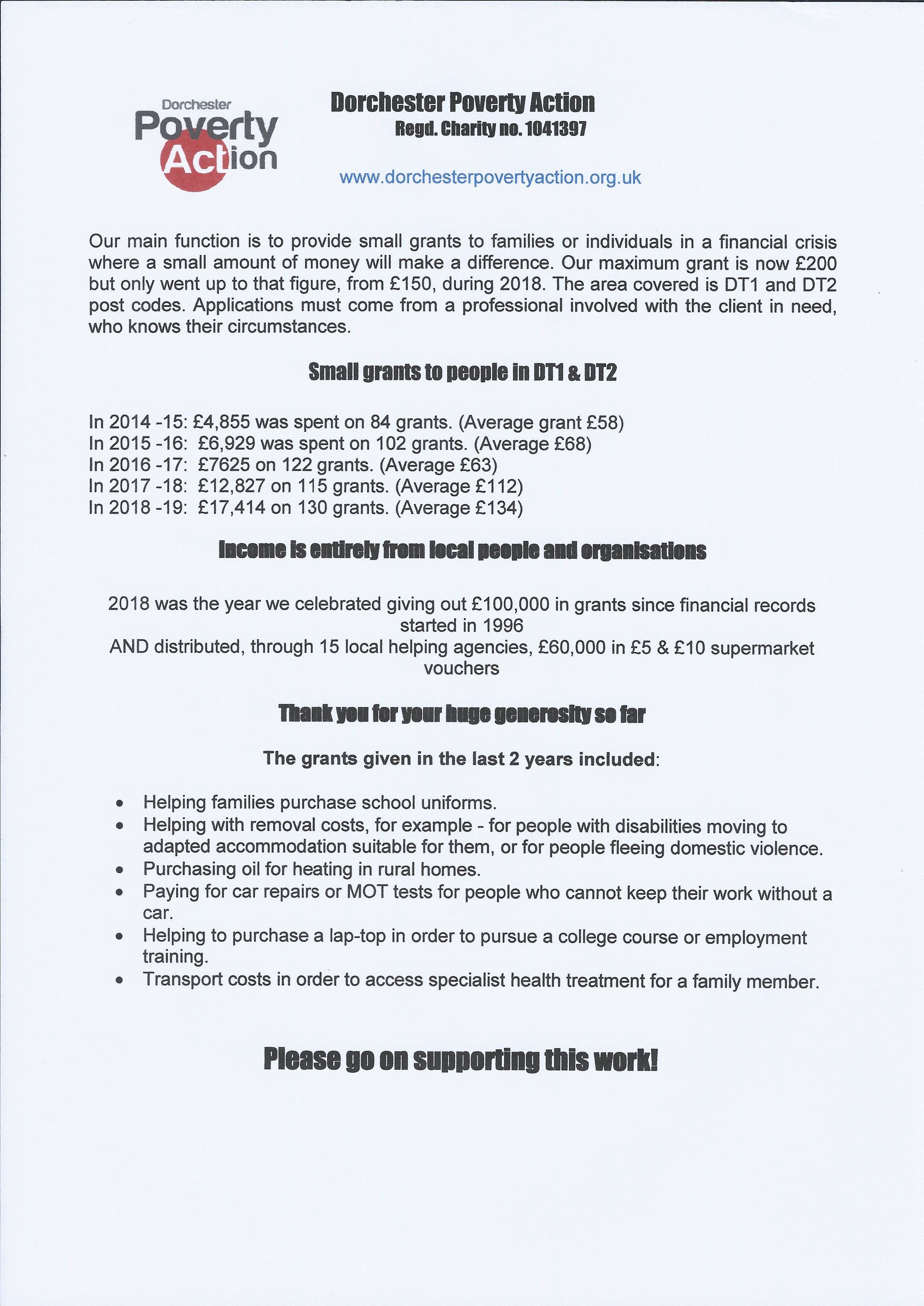